In the discussion of gene-therapy/ bio technology lets take a look back at rather recent human evolutionary aspect.

Our ability to peer inside human genome has shown that in fact our biology continues to change to suit particular environment in order to survive.

12.500 years ago humans evolved to live at high altitude for an exemple.

Most people feel breathless in high mountains, but the Andeans for an example have a genetically determined trait that allows their hemoglobin to bind more oxygen.

8.000 years ago humans adapted to a desert climate.

The ancestors of modern Aboriginals that made the crossing to Sahul, a desert area that once united Australia, New Guinea and Tasmania, developed adaptations to survive in this new climate. In the extreme heat situation that reached below- freezing temperatures at night and over 38 degrees at night their genetic mutation in a metabolism- regulating hormone modulated the excess energy that produces when body temperature rises.

Another example is the Duffy null allele, a blood type that exists outside of the known ABO system. It occurs in up to 95% of people in the sub- Sahara region where malaria has been common. Research has shown that small changes to hemoglobin can impede the malaria parasite’s ability to break into red blood cells. The Duffy null allele, helped carriers to resist malaria.

And ofcourse we can not forget humans rather recent ability to digest lactose. 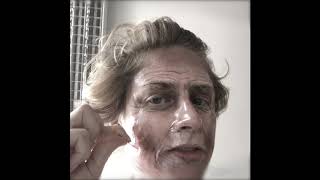 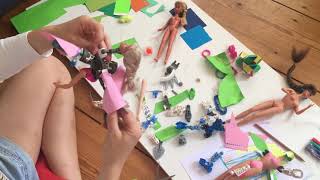 MBR member: Return to editing медуза - It’s in the Genes to go beyond them.

MBRtist of the Month: Mari Katayama

This Weekends Mission Call in Berlin

The last day of the Mission Call in Krems